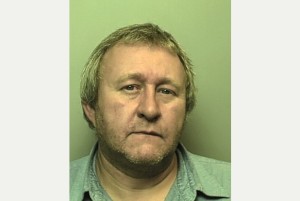 A YOUNGSTER who was sexually abused by an ambulance technician has revealed she decided to speak out so that another victim would not live a life without any ‘justice’.

The 16-year-old victim, who has anonymity for life under law and did not wish to be named, revealed that she felt ‘betrayed’ after Jaimie Bent began grooming her when she was just 12 years old before abusing her when she turned 13.

The abuse only came to light when another 12-year-old victim, from Burton, came forward after Bent had bombarded her with around 4,600 texts and met up with her several times in Shobnall Park and the girl decided to tell her family about what Bent had done.

She said: “I couldn’t help myself but I could stop it happening to somebody else.

“That made it easier to say things because I could help somebody else and I only did it for the other little girl because I had been keeping this a secret for two years.

“I didn’t want her to be living with the fact that he would be able to walk away and her not get any justice.”

The teenager has lost her appetite, cannot sleep and was forced to re-live the abuse as Bent denied his actions.

Her family life was also strained, with relationships pushed to breaking point as the family had to keep the upcoming court case secret for fear that Bent may walk free.

However, Bent pleaded guilty two days into his trial at Stafford Crown Court, sparing the pair the ordeal of having to take to the witness stand.

The 49-year-old, of Barton Marina, Barton under Needwood, was sentenced to five and a half years in prison with Judge Michael Challinor branding him ‘a risk to young girls’ and adding a further five and a half years extended licence period for public protection. Bent was also barred from working with children and ordered to register as a sex offender for the rest of his life.

The girl added: “He was an ambulance technician and people literally put their life in his hands.

“When I saw that the other girl had been abused I wanted to help her and any other girls that might have been affected.”