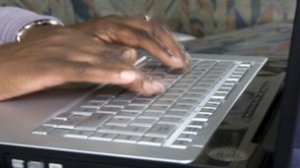 The new law, called the Cybercrime Prevention Act of 2012, came into effect earlier this month.

It was intended to prevent online child pornography, identity theft and spamming, officials say. Reports say a 120-day suspension is in place.

The law also made libel a cybercrime punishable by up to 12 years in jail.

The Supreme Court issued a temporary restraining order preventing the act from being enforced after 15 petitions questioning its legality were filed.

The government says the law is intended to address “legitimate concerns” about criminal and abusive behaviour online.

But protesters say the legislation could be used to target government critics and crack down on freedom of speech.

Under the new act, a person found guilty of libellous comments online, including comments made on social networks such as Facebook and Twitter or blogs, could be fined or jailed.

The act is also designed to prevent cybersex, defined as sexually explicit chat over the internet – often involving “cam girls” performing sexual acts in front of webcams for internet clients.

Government officials would also have had new powers to search and seize data from people’s online accounts.

In a statement, Human Rights Watch’s Asia director Brad Adams welcomed the move by the court, but urged it to “now go further by striking down this seriously flawed law”.