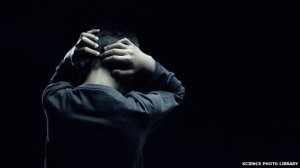 There was a cover-up to protect politicians’ reputations following allegations of abuse at a children’s home, it has been claimed.

Nigel Goldie, former assistant director of social services at Lambeth Council, said it appeared “high level decisions” were made not to explore allegations against public figures.

Mr Goldie told the BBC: “People were protecting one another.”

The government is preparing an enquiry into historical abuse claims.

Lambeth Council said it would co-operate with the Home Office’s reviews and police enquiries.

A former Labour councillor in Lambeth, Anna Tapsell, said she also thought allegations of child abuse had been covered up.

She said: “I think because some people become entrapped in knots not necessarily in abuse but in other forms of misconduct, including fraud, that then prevents them from speaking out when they suspect something.”

Michael John Carroll ran the Angell Road children’s home in Lambeth during the 1980s despite having been convicted of indecently assaulting a boy in the 1960s.

He was allowed to remain in his job at the home even after the council learned of his conviction.

He was later sentenced to 10 years for further abuses of children in 1999.

The police officer who began investigating allegations in Lambeth, Clive Driscoll, was taken off the case after he named political figures as potential suspects.

Last week, he told the BBC he was removed from the investigation because it felt “too uncomfortable for a lot of people”.

Mr Goldie was present when the officer named the politicians. He said: “It does seem that not only at the time but subsequently there were some high level decisions about not wanting to open up issues that related to public figures of whom there were suggestions that they had been visiting this children’s home.”

Police officers questioned Mr Goldie about what Mr Driscoll had said, shortly before he was removed from the case.

He was told not to tell anyone about their conversations.

Mr Goldie said: “The whole approach to making it clear, I shouldn’t speak to anyone about what had happened, something that was now a closed book not to be further investigated, made me feel that there was a cover-up going on.”

A previous Metropolitan police investigation into abuse in Lambeth resulted in three convictions.

The Met is now investigating fresh claims. Officers from its professional standards directorate have met Mr Driscoll to hear his allegations.

One comment on “‘Cover-up to protect politicians after abuse claims’”