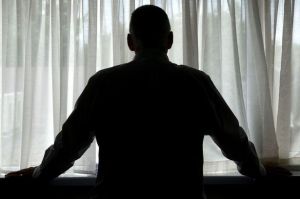 A former rent boy caught up in the Westminster sex ring scandal today reveals he was blackmailed into being abused by top Tories.

He tells how he was snared by two sinister pimps who threatened to send graphic pictures of him to his parents if he tried to flee their clutches.

He was even warned his family back home in troubled Northern Ireland would have an “accident” if he refused to have sex with their powerful clients.

Now 59, the victim has come forward after reading our exclusive story last Sunday on the Tory activist who supplied boys to ministers in Margaret Thatcher’s government.

In an emotional interview, the man – who we will call David – said: “I sobbed uncontrollably after reading that story. I turned to my wife, who knew nothing of this, and said, ‘I was part of this. I was raped’.

“I had locked the matter deep in a vault inside my head. But seeing the article blew it open. All the fear, pain and anguish came flooding back.”

David agreed to talk to us at a hotel near his home in a small town in Northern Ireland. He is considering giving a statement to the Government inquiry into the scandal.

A respectable father-of-four, he told how as a young man he was plied with booze by MP Charles Irving before the Tory later forced him to have sex in exchange for £30.

He also had to perform oral sex on a married senior Lord in a car – and was “rewarded” with a fountain pen.

And he attended a sordid house party where two Tories celebrated their first year as MPs by having sex with boys as young as 12.

All were named in the Sunday Mirror last week as being present at similar parties in the 1980s.

David arrived in London in February, 1975, as a wide-eyed 20-year-old fleeing the troubles in his home country in which one of his best friends had been shot dead.

He got a bed in a Catholic-run hostel and landed a job at a shop. But his life changed for ever days later.

Wandering the streets, penniless David ended up in Piccadilly Circus, then a notorious area called the Chicken Rack where young rent boys touted for business.

Within minutes, he was approached by a man in his 20s calling himself Kevin.

David said: “He asked if I was looking for anything. I said ‘Yes, food’. Looking back I was stupid to go off with him but I was desperate too.”

He was taken to a pub to meet a smart businessman who introduced himself as Alan. The trio moved to a restaurant where they drank wine and Alan offered to loan David money. In a taxi home, he was invited back to Alan’s flat for drinks.

“I felt in danger. But they’d been so kind to me I got swept away,” said David.

“Back at the flat I felt light-headed and got up to go. Alan pushed me into his bedroom. I felt helpless. He undressed me and pushed me on the bed. I didn’t consent. I felt I was having an out of body experience. I fear I was drugged.”

David claims he was raped twice. “I felt utterly used. He gave me £30, told me to lighten up and said, “Stop being so bloody provincial”. Alan told David he would “be in touch” and said he “knew very important people keen to meet new boys”.

Next day Kevin arrived at the shop saying how impressed Alan was. “I was mortified,” David says. “I said I wasn’t interested.

“Then he said ‘Listen, photos were taken of you in bed’. He said he could see to it they fell into the wrong hands, including the papers and my family. He said his friends weren’t to be messed around. “He told me ‘Don’t think you can just walk away’.”

Trapped, David quickly found himself being pimped out by either Kevin or Alan who had high-profile politicians among their clients.

Days later he claims Charles Irving, then Tory MP for Cheltenham, arrived at his shop. David approached the politician, who died in 1995, asking if he was looking for anything. He says Irving replied: “Yes, you.”

The following day David says he was instructed to accompany the MP to a country house in Essex where they had sex.

He said: “This time I knew what was going to happen so I drunk as much wine as I could and let him get on with it.” Next day he found £30 in his pocket, more than two weeks’ pay. But David pleaded again with the man pimping him out to stop – only to get a more sinister threat.

“Alan told me ‘Do you have any idea about the people who I know and the power they wield?’,” says David.

“He said if ‘we’ could murder 13 people on the streets of Northern Ireland and get away with it, there would be little trouble in arranging for an accident to befall a member of my family. I was out of my depth.”

Soon David was being taken to parties with a string of senior Conservatives . Recalling one, he said: “It was a house near Whitehall. I was led to a room where several men and a few younger boys about 15 were drinking. I was introduced as the “Irish boy”. I remember one of the men said: “Well, MY eyes are smiling”. I was offered a drink from a bowl of punch and I drank it down, glass after glass, like lemonade.

“I was made to sit between two men. I was told they were both MPs, and they began to rub their hands on my legs and thighs. I was forced to perform various sex acts on some of the men.”

“The scene was always the same. There was a buzz of elation. The Conservatives felt they were unstoppable,” said David. At another party, David watched as two MPs celebrated their first year in office with underage boys. His clients also extended beyond the Commons.

David said: “ One night I was taken near the House of Lords and picked up by a peer. We were driven around London while I performed a sex act on him. He gave me a fountain pen.”

One of the most sordid parties was thrown one Saturday night at a country house. “There were younger boys,” he said.

“We were placed at in the centre of a room, boxed in by large leather sofas. We were told to undress and have sex together.

“I noticed a boy of about 12 or 13 being taken into a room. I assumed he’d just been ‘delivered’. He looked at me. I saw fear in his eyes. That look will always haunt me.”

The abuse soon had an impact on David’s health. He was drinking too much and had breathing problems. At rock bottom, he went to the home of one of his pimps to confront him. “He opened the door and I collapsed into the hall,” he recalled.

“He didn’t call an ambulance. He didn’t want a scene. He put me in the spare room and I cried myself to sleep. Next day he gave me £50 and told me to go home because he thought I was dying.”

David flew back home where he was diagnosed with acute bronchitis. “I didn’t say a word to anyone,” he added. “It took a year to come to terms with it, but the scars will never heal.”

David has now turned his life around. He married in 1981 and works as an office manager. He said: “I want people to know what happened. I want to see people held to account. The truth must come out.”

One comment on “Former rent boy: ‘I was abused by top Tories then blackmailed to keep quiet’”