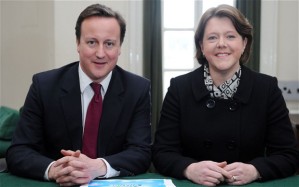 House of Commons authorities have destroyed all evidence of MPs expenses’ claims prior to 2010, meaning end of official investigations into scandal

MPs accused of abusing the unreformed expenses system will escape official investigation after the House of Commons authorities destroyed all record of their claims, the Telegraph can reveal.

John Bercow, the Speaker, faces accusations he has presided over a fresh cover-up of MPs’ expenses after tens of thousands of pieces of paperwork relating to claims made before 2010 under the scandal-hit regime were shredded.

Members of the public who have written to Kathryn Hudson, the standards watchdog, to raise concerns about their MP’s claims have been told there can be no investigation due to lack of evidence.

Under the House of Commons’ “Authorised Records Disposal Practice”, which is overseen by Mr Bercow’s committee, records of MPs’ expenses claims are destroyed after three years. The move is necessary to comply with data protection laws, a Commons spokesman said.

However, under that same set of guidelines, the pay, discipline and sickness records of Commons staff are kept until their 100th birthday. Health and safety records are kept for up to 40 years, while thousands of other classes of official documents on the day-to-day running of the House are stored indefinitely in the Parliamentary Archive.

It means that the Telegraph, which exposed the scandal that rocked Parliament in 2009 after obtaining a leaked CD, holds the only unredacted record of claims made under the unreformed system. That leak followed a High Court battle by the Commons authorities to prevent the release of the information.

It also means that “cold case” investigations like that into Maria Miller, the former Culture Secretary, by the expenses watchdog are now unlikely.

In April Mrs Miller was forced to resign from the Cabinet and apologise to the Commons after Mrs Hudson ruled she had wrongly claimed thousands of pounds in mortgage payments between 2005 and 2009 on a home occupied by her parents. The case was first uncovered by the Telegraph in 2012.

The policy came to light after Tory activists asked Mrs Hudson to investigate accommodation claims worth £103,000 made by Andrew Turner, their local Conservative MP, between 2004 and 2010.

David Pugh, Alan Stovell and Gary Taylor, members of the Isle of Wight Conservative Association, alleged Mr Turner had improperly designated the five-bedroom island home he shares with his partner as his “second home”, while telling the fees office that a one-bedroom flat in London was his main home.

Mr Turner insisted his claims were audited and found in compliance with the rules at the time.

Mrs Hudson, the Parliamentary Commissioner for Standards, told Mr Pugh the allegation was “serious”, but refused to investigate, citing “availability of evidence”.

“All records relating to expenses claims before 2010 have now been destroyed. No unredacted information is now available here nor any notes of conversations or advice given to Mr Turner which might establish the facts,” she wrote. Half of the period in dispute fell outside the seven-year time limit for investigation, she added.

“This is, in our view, sadly indicative of a wider culture within the Westminster and Whitehall establishment of an inclination to destroy information and evidence which may give rise to future difficult questions about MPs and those in positions of power,” he wrote.

A House of Commons spokesman said the policy on destroying MPs’ expenses records was “long-standing”, but it was originally set by the Members Estimate Committee, which is now chaired by Mr Bercow.

However, committee minutes seen by this newspaper show that in March 2010, in the wake of the MPs expenses scandal, Mr Bercow’s committee called for the policy to be suspended and all expenses records to be saved.

Then, in February 2012, the committee discussed and agreed to implement the “existing policy on the retention and disposal of records” relating to expenses.

MPs at that meeting, which took place in the Speaker’s House, included Sir George Young, the Conservative Leader of the House; Angela Eagle, his Labour shadow; and John Thurso, the senior Liberal Democrats.

Only expenses records where inquiries into wrongdoing have already been opened have been retained.

John Mann, the Labour MP for Bassetlaw, said members have been kept in the dark about the policy. He will tabled a question, asking Mr Bercow to explain himself in the Commons.

“It sounds like MPs trying to protect MPs again. It will make the public very suspicious of what the motive is. The old gentlemen’s club is resurrecting itself.”

Sir Alistair Graham, the former chairman of the Committee on Standards in Public Life, said historians have been denied the chance to study Parliament’s “worst hour”.

“It is scandalous that anybody has destroyed the records for that period. Who knows what anybody’s motivation was?”

“The people concerned should know better. There was a strong public interest in retaining this information so that people have access to it, and I’m really very surprised.”

The revelation comes as seven former Labours MPs and two ex-Lib Dems voted out of Parliament in the wake of the scandal have been re-selected by their parties to contest the 2015 General Election.

Andrew Dismore, Joan Ryan and Dawn Butler are among former members who lost their jobs in a wave of public anger in the 2010 election, and are now seeking office again.

Records from the 2005-2009 period remain online in a heavily redacted form on Parliament’s website, and these documents were used in the activists’ complaint against Mr Turner. However, as Mrs Graham indicated in her letter, key details included MPs’ addresses are blacked out in these documents. That makes it impossible to investigate allegations relating to accommodation claims or establish whether second homes were improperly “flipped” – a key part of the Daily Telegraph’s 2009 investigation.

Mr Turner said: “Conservative MPs’ expenses, including my own, were independently audited twice in 2009 to ensure that the rules in force at the time were complied with. In June of that year, for complete transparency, I invited any Islander with any concerns at all to view my complete and un-redacted expenses records, and a number of them did.”

He added he had not been contacted by any constituents or Mrs Hudson about the complaint.

A Commons spokesman said: “Destruction dates for records are prescribed by the House of Commons Authorised Records Disposal Practice (ARDP) policy, and in compliance with the Data Protection Act.

“The retention period for general financial data, of which Members’ Expenses is a sub-set, is three years after the current financial year finishes. The long-standing policy on retention of MPs’ expenses records was originally agreed by the Members Estimate Committee (MEC).”

“In accordance with the ARDP, the disposal of records relating to Members’ expenses claims pre-2010 was carried out on a routine basis at various times each year up to 2014, four years after the House of Commons’ oversight of the MPs’ expenses arrangements finished.”