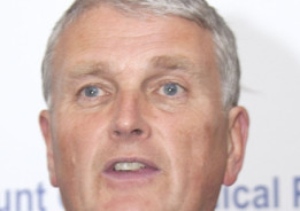 Health Minister Jim Wells has said a major Inquiry into child sexual abuse has found no evidence of organised or systematic abuse here on a similar scale or nature to that experienced in parts of England.

The Minister was speaking as he announced the findings of the Independent Inquiry into Child Sexual Exploitation (CSE) on Tuesday morning.

In an Oral Statement to the Northern Ireland Assembly, the Minister said that it had been difficult to establish the prevalence of sexual exploitation, mainly as a result of its hidden nature and under-reporting.

He said that there was no evidence of organised exploitation like the horrific abuse uncovered in Rochdale and Rotherham.

The report was commissioned last year by Mr Wells’ predecessor Edwin Poots, with Kathleen Marshall appointed to lead it. The Inquiry team was tasked to come up with recommendations.

Speaking to the Assembly, Mr Wells said: “On the nature and extent of CSE in Northern Ireland, the Inquiry concludes that it is not new and it takes different forms, as it does throughout the UK, but there are particular Northern Ireland dimensions to it.

“A number of individuals expressed an ardent plea that the Inquiry should speak up about the paramilitary dimension to CSE.

“Individuals believed to be members of, or linked to, paramilitary groups used that authority and the fear it engendered to exploit children and young people. The Inquiry was told very clearly that paramilitary influence may cause and facilitate CSE. Within communities it can build upon loyalty and fear.

“While we do not know the full extent of CSE in Northern Ireland, we can say there are no findings in this Inquiry that point to the type of organised exploitation seen in Rotherham or Rochdale; nor does it have the same ethnic minority dimension. There is no evidence in the report to suggest cover-up, corruption or lack of commitment on the part of agencies or individuals.

“While that may be the case, there is no room for complacency and the Inquiry report counsels vigilance in the face of changes in social attitudes and in the cultural make-up of Northern Ireland society.”

He added: “The Inquiry concludes that available data can only give a ‘rough idea’ of the extent of CSE and it is likely to be a significant under-estimate. The report states the first step in tackling CSE is to recognise it exists and suggests more cases will be identified as awareness increases and there is a recommendation linked to raising public awareness.”

The remaining 10 key recommendations are for the DOJ and DE, RQIA, SBNI, PSNI, the HSCB and HSC Trusts.

Mr Wells informed members that a number of the recommendations are already being progressed.

These include the development of a new child safeguarding policy and a planned review of the Safeguarding Board for Northern Ireland.