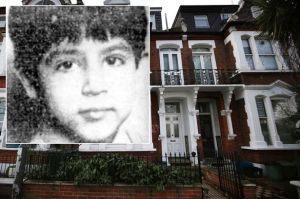 The Deputy Prime Minister insisted claims that Vishal Mehrotra, 8, might have been abducted by Establishment child abusers need to be investigated

Nick Clegg today described as “grotesque” allegations that police helped cover up the murder of an eight-year-old boy at the hands of a Westminster paedophile ring.

The Deputy Prime Minister insisted claims that Vishal Mehrotra might have been abducted by Establishment child abusers need to be investigated.

Mr Clegg said in his weekly phone-in on radio station LBC: “You can’t think of a more serious and grotesque allegation than that.

“I think it is right that in other parts of the country police officers have been, are now, under scrutiny for not having acted for instance in Rotherham.”

He added: “We are in the early stages of a reckoning with our past, of things happening on a scale and of a gravity which just a few months ago would have seemed unimaginable and almost too horrific to contemplate.”

Vishambar Mehrotra, a retired magistrate and lawyer, said he was contacted by a male prostitute in 1981 who said his son may have been murdered by “highly placed” paedophiles linked to the Elm Guest House in West London.

A victim of the ring gave a chilling account to the Mirror’s sister paper the Sunday People of how he saw one of the perverts kill a boy.

Mr Mehrotra told the Daily Telegraph the man had said judges and politicians were involved in a child abuse ring. He took a recording of the call to the police but he claims they did nothing.

Scotland Yard is currently probing an alleged VIP paedophile ring linked to the guest house. Last week it was revealed officers are examining a number of possible child murders.

Vishal was abducted as he walked home to Putney after watching Charles and Diana’s wedding on July 29, 1981.

He had gone ahead of others in his family for the final few hundred yards. He was last seen less than a mile from the guest house.

Mr Mehrotra said that a few months after his son’s disappearance he received the anonymous call.

He explained: “I was contacted by a young man who seemed to be in his 20s.

“He told me he believed Vishal may have been taken by paedophiles in the Elm Guest House, near Barnes Common.

“He said there were very highly placed people there. He talked of judges and politicians abusing little boys.”

Mr Mehrotra claims the man said he had already told the police but had received no response.

He added: “I recorded the 15-minute conversation and took it to police. But instead of investigating, they pooh-poohed it.

“I never heard anything about the tape again. At that time I trusted the police. But when nothing happened, I became confused and concerned.

“It is clear there’ has been a huge cover-up.”

Some of Vishal’s remains were found in woods in West Sussex in February 1982, seven months after he disappeared.