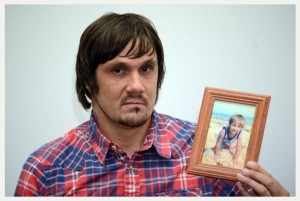 A man who was sexually abused as a child has started a campaign aimed at helping youngsters who are being exploited by predators.

Hertford Heath resident David Sheppard, 40, set up the Climb Tell Everybody campaign last week, to teach children that it is wrong to be touched in a sexual manner and to seek help if they’re ever a victim.

Father-of-two Mr Sheppard said: “I want schools to make sure children know what is and isn’t appropriate.

“When the heinous things were being done to me, I thought it was normal, I was innocent, I didn’t know any better.

“If I had known it was wrong and it shouldn’t be happening, I would have had the confidence to speak to someone.”

Mr Sheppard, who provides respite for carers, said he wants young people to have the assurance that they will be listened to and protected – a measure of security not available to him when he was abused.

He told the Mercury he was assaulted on numerous occasions by two separate abusers, who each attacked him when they were alone with him.

His ordeal – which he described as torturous and which later nearly drove him to suicide – began at the age of five and continued until he was 17 years old.

“The experience nearly ruined my life, it has always been with me and for a very long time I kept it to myself,” Mr Sheppard said.

“I was afraid and I don’t want any little kiddies who might be going through the same thing to be afraid of speaking out.

“That is why the campaign is called Climb Tell Everybody, if something is wrong they need to know it is right to tell people about it.”

In the wake of operation Yewtree and the Jimmy Savile controversy, Mr Sheppard went to the police for the first time.

Following an 18-month investigation, which ended last week, Mr Sheppard was told further action could not be taken against his alleged abusers due to the lack of corroborating evidence, the historical nature of the incidents, and the fact the perpetrators were themselves children at the time of the assaults.

“It rips my heart to bits knowing the culprits won’t be brought to book, but I want some good to come from this horrific ordeal,” said Mr Sheppard, who has waived his right to anonymity.

“Victim support at the police were fantastic and were there at the end of the telephone for me, any time of the day and night.

“It is important that victims need somebody unattached at the end of that telephone for them, like they have been for me during the last 18 months.”

“It’s probably the most horrific crime that can happen and over the last few years we’ve seen all these issues being highlighted,” he said.

“I take a very strong and stringent approach to dealing with such offences, even though they may have been committed a long time ago, as those offences have impact on the victim and the impact can be spread for a number of generations.

“At Herts police, we have a dedicated unit to look at sexual exploitation and sexual assault.

“I would urge a victim to come forward and having previously been involved in these investigations as a detective, I’ve found the immense lifting of pressure from the victim’s perspective when they have referred the matter to the police.”

Mr Sheppard, who lives with this wife, Nicola, and two daughters, said his wife’s family and his three closest friends have been very supportive and have stood by him through it all.

Mr Sheppard is seeking for support from people to help with tasks such as building a website. If you can help, email anthony.barej@hertsessexnews.co.uk, or call (01992) 526644.