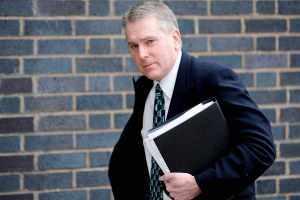 A Telford bookie has been found guilty of attempting to meet a child he groomed online after a ‘sting’ by a vigilante paedophile hunter.

Martin Currier, 51, of St Mark’s Drive in Wellington, arranged to meet up with a 13-year-old girl that he had met on a social network site.

But when he arrived at the house in Nuneaton,  Currier did not find the teenager called “Jodie” he was expecting.

Instead, he was confronted by Stinson Hunter, who runs a “sting” organisation that sets out to uncover those who prey on children on the internet.

Currier denied a charge of attempting to meet a child after sexual grooming and claimed he was trapped into going to Nuneaton during the trial this week.

The jury retired for one hour at Shrewsbury Crown Court today before returning a guilty verdict.