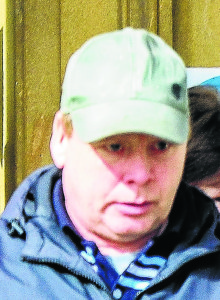 She even ended up posing as her mother on the phone as part of a desperate attempt to stop him.

Harper, 44, was added to the sex offenders register in Ayr Sheriff Court on Thursday.

Procurator fiscal Catherine White said: “The complainer was smoking and Mr Harper encouraged this. He would give her cigarettes and money.”

She told the court how the predator would demand a sex act for every cigarette.

She continued: “The messages became if possible even more explicit.”

The child was duped into sending a partially naked image by sick Harper.

Ms White added: “As things progressed he asked her to send him pictures – she did.