A former MI5 director warned Margret Thatcher’s administration that allegations concerning one MP who had a “penchant for small boys” could cause the government serious political embarrassment.

Investigators currently looking into the historic child sex abuse scandal found that nothing had been done about the potential threat to children, but rather the security service had warned the allegations could damage the reputation of Thatcher’s government.

Newly discovered files show former spy chief Sir Anthony Duff had written to Cabinet Secretary Sir Robert Armstrong in 1986 to warn him of claims made about the behavior of one MP.

The new documents were analyzed by the head of the National Society for the Prevention of Cruelty to Children (NSPCC), Peter Wanless and Richard Whittam QC.

Wanless and Whittam said the documents showed that threats to children were not taken seriously.

“There were a number of references across the papers we saw that reinforced the observation we made in our review that issues of crimes against children, particularly the rights of the complainant, were given considerably less serious consideration than would be expected today.

“To give one striking example, in response to claims from two sources that a named Member of Parliament ‘has a penchant for small boys’ matters conclude with acceptance of his word that he does not and the observation that ‘at the present stage … the risks of political embarrassment to the government is rather greater than the security danger.’ The risk to children is not considered at all.”

The new group of papers, which name former establishment figures as well as references to the Kincora children’s home in Northern Ireland where boys were abused, were “found in a separate Cabinet Office store of assorted and unstructured papers.”

Wanless and Whittam’s inquiry noted last year that they hadn’t unearthed evidence that any records had been deliberately destroyed and added they had “found nothing to cause us to alter the conclusions drawn or recommendations made in our review.”

But they also said the discovery of new papers would not be “helpful” in recovering public trust in the inquiry, which was completed last year.

An NSPCC spokesman said: “This is a clear illustration, as the original review revealed, of the misplaced priorities of those operating at [the] highest levels of government, where people simply weren’t thinking about crimes against children and the consequences of those crimes in the way that we would expect them to. It reiterates the need for an inquiry that will explore this in depth.”

The Home Office is facing criticism over a review into the department’s handling of the 1980s Dickens dossier of paedophilia allegations.

Peter Wanless, chief executive of the NSPCC, was brought in to investigate in July after an internal Home Office review found no evidence of a dossier of suspected child abusers compiled by Conservative MP Geoffrey Dickens in the 1980s.

The internal review also found that between 1979 and 1999 the department had “lost or destroyed” 114 files relating to child abuse.

Wanless has also reportedly failed to uncover the files or the dossier and is expected to criticise the Home Office’s record-keeping and archiving when he publishes his report later today.

He is expected to agree with the department’s findings that there is no evidence to suggest the missing files had been removed or destroyed inappropriately.

The Home Office says the department did consider the allegations contained in the Dickens dossier at the time and passed on 13 “items of information” to the police and prosecutors.

However, Labour MP Simon Danczuk, who raised the issue of the missing dossier earlier this year, has complained that the timescale for the Wanless review has not allowed for more sophisticated digital tracing techniques to be used.

“That raises serious questions about the scope of the investigations and, frankly, leaves a question mark over any of its findings,” he told the Daily Telegraph.

Mark Sedwill, the department’s permanent secretary, said the review had analysed a central database containing 746,000 files from the period 1979 to 1999.

Labour has also been critical of Home Secretary Theresa May’s decision to publish the Wanless report in a written ministerial statement rather than face questions from MPs in the Commons.

“The failure by Wanless to throw any new light on the fate of the allegations by Dickens is likely to fuel the continuing row over the establishment of a national overarching inquiry into historical allegations of child sex abuse,” says The Guardian.

The Home Secretary has already apologised for the delays to the overarching inquiry after Fiona Woolf, the second chair appointed to lead the inquiry stood down over her links to Lord Brittan. 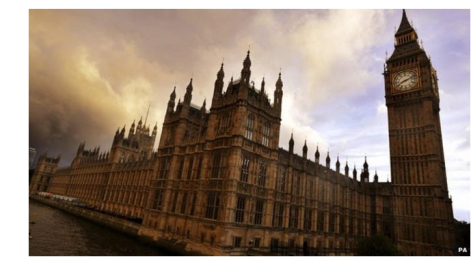 An MI5 letter warning of the risk of “political embarrassment” from child sexual abuse claims has been found.

A 1986 note – by then head of MI5, Sir Anthony Duff – followed warnings an MP had a “penchant for small boys”.

The newly uncovered material, found in a search by the Cabinet Office, was not disclosed to a 2014 Home Office review.

Its author, the NSPCC’s Peter Wanless, said the new documents showed the risk to children was “not considered at all” but did not alter his findings.

The papers have come to light months after the conclusion of an official review into whether allegations of child abuse were covered up by the Home Office in the 1980s.

The review – written by Mr Wanless and Richard Whittam QC and published in November – examined how the Home Office dealt with files alleging child abuse between 1979 and 1999.

It concluded that there was no evidence of records being deliberately removed or destroyed. 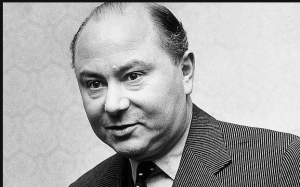 Sir William, who died in 1999, is one named alongside former Home Secretary Leon Brittan in the papers

Leading Westminster figures from the 1970s and 80s including the late Wokingham MP Sir William van Straubenzee have been named in Government child abuse documents, it has been reported.

An investigation by Sky News has forced the Government to admit papers do exist relating to the behaviour of former MPs,

Sky News reports the contents of the paper have not been revealed and said the papers have been shared with police and will be passed to the Child Abuse Enquiry led by Justice Lowell Goddard.

Mrs Thatcher sacked him from the front bench after the 1979 General Election.

He was given a knighthood in 1981 and was MP until 1987, where he was replaced by current MP John Redwood.

Tory grandee Leon Brittan died before he could be ­quizzed over claims he was at parties where children were sexually abused and killed.

The former Home Secretary was named by an alleged victim as being among a group of powerful men who he saw at the luxury Dolphin Square apartments close to Westminster.

The claims, including allegations the VIP paedophile ring murdered three children, are being treated as “credible and true” by Scotland Yard.

Lord Brittan made no public comment on the abuse network allegations before his death from cancer at the age of 75 on Wednesday night, but it is understood he was horrified by them.

Yesterday, former officer Jim Gamble, who ran the Child Exploitation and Online Protection Centre, said: “Leon Brittan’s death is a personal tragedy for his family, friends and former colleagues, to whom I offer my condolences.

“But a wider tragedy stretches beyond that intimate circle, as the opportunity for him to give evidence to the child abuse inquiry, to clarify issues concerning allegations of a missing dossier, has been lost forever.”

Lord Brittan had come under fire over his handling of papers on high-profile paedophiles, passed to him by MP Geoffrey Dickens while he was at the Home Office.

He confirmed he received the dossier and passed it to his civil servants but denied accusations there was a cover up.

Police said the allegations of abuse by a Westminster-based paedophile network spanned a decade at locations across London and the Home Counties.

The allegations emerged when a man known only as “Nick” claimed he was abused during a decade of his childhood when he was driven to “parties” in the capital and Home Counties.

He said one of the locations was the flats at Dolphin Square, an upmarket residential development near Westminster. Nick claims to have identified a number of high-profile individuals attending the gatherings in the late 1970s and early 1980s.

The names include Lord Brittan, former diplomat Peter Hayman and a former Tory MP who is not being identified.

Yesterday, a Scotland Yard spokesman refused to confirm whether officers from Operation Midland had made any contact with Lord Brittan.

The spokesman added: “We would not discuss individuals we may speak to as part of any ­investigation. Operation Midland remains a live investigation.”

It is not the first accusation made against the peer.

Last October he was accused in the House of Commons by Labour MP Jim Hood of “improper conduct with children”.

Under parliamentary rules, politicians can make accusations at Westminster without being sued for libel.

Separately, Lord Brittan was being investigated by officers over an alleged rape of a 19-year-old woman following a date in 1967.

The woman, who is now aged 66, complained to the ­Metropolitan Police back in 2012.

Lord Brittan, who denied the allegations and said they were “wholly without foundation”, was questioned under caution last summer. Scotland Yard said on Thursday that their investigation was continuing.

The final years of Leon Brittan, the former Home Secretary, were spent fighting allegations that he failed to act over a dossier containing allegations of a VIP sex ring

Leon Brittan, the former Home Secretary, has repeatedly faced with allegations that he failed to act when he was handed dossier containing allegations of a VIP paedophile ring in the 1980s.

The dossier was submitted to the Home Office by Geoffrey Dickens, the late Tory MP, in 1983 but no record of any subsequent criminal inquiry has been found and the dossier itself has disappeared.

Lord Brittan, who was Home Secretary under the late Baroness Thatcher from 1983 to 1985, told journalists last year he had no recollection of it but last week said he had been handed a “substantial bundle of papers” by Mr Dickens.

The peer was also accused of “improper conduct with children” by a labour MP in the Commons in October last year, sparking a row over parliamentary privilege.

During a Commons debate on coalfield communities last night, Mr Hood said: “By the way, the current exposé of Sir Leon Brittan [sic], the then home secretary, with accusations of improper conduct with children will not come as a surprise to striking miners of 1984.”

Conor Burns, the Conservative MP for Bournemouth West, said: “He has just made very profound, serious accusations against a noble lord. Is that in order?” Lindsay Hoyle, the Deputy Speaker, said that he had not heard Mr Hood’s comments but added: “It’s up to each member to decide what they said and they must make that decision.”

However, Mr Hood continued: “The rumours that Sir Leon Brittan was involved with misconduct with children does not come as news to miners who were striking in 1984.

In July last year Lord Brittan denied being guilty of rape after being questioned by the police over an alleged sexual offence.

It was revealed at the weekend that Lord Brittan was this year questioned under caution over an allegation of rape dating back to 1967.

The alleged offence is said to have taken place at Lord Brittan’s London flat.

In a statement issued through his solicitors, the Conservative peer said: “It is true that I have been questioned by the police about a serious allegation made against me. This allegation is wholly without foundation.”