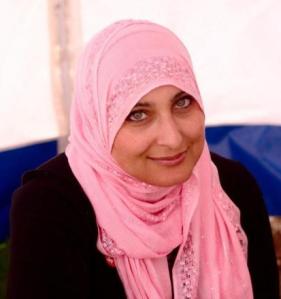 ASIAN communities are being used as scapegoats following a spate of high profile child sexual abuse scandals, it was claimed at a conference held by a North-East Islamic group.

Grooming and exploitation of children happens in every area and has done for centuries regardless of race or religion, speakers argued at the Sexual Grooming: Beyond the Headlines event organised by Islamic Diversity Centre.

For her presentation, Shahda Khan, Middlesbrough Council’s principal community cohesion officer contacted colleagues for their views from towns where Asian men have been jailed for child sexual exploitation (CSE) including Rotherham and Oxford as well as Middlesbrough.

It’s really important that we stress that CSE is not confined to one community either in terms of perpetrators or victims. “In Rochdale, 95 per cent of men on the town’s sex offenders’ register were white,” she said.”

“We need to focus on the victims rather than the ethnicity of the perpetrator because that has got lost in all of this.

“Ninety per cent of CSE happens within the family home according to Simon Bailey, Chief Constable of Norfolk Police,” she said. “It’s a huge issue and we are just seeing a tiny, tiny tip of the iceberg.

Society’s attitude towards the sexualisation of women and girls needed to shift and more needed to be done to persuade minority groups to report sex crimes, she added.

Among the panel’s five speakers was frontline worker Alyas Karmani, of Street UK based in Bradford who thought the crux of issue was skewed ideas of masculinity.

“I did a piece of work with young men in Oxford after the police’s Operation Bullfinch who normalised levels of extreme sexual violence,” he said.

“Children being gang raped in every orifice by multiple males. We need to create new paradigms for these young men who think it’s cool. Their attitude is I bought her a £5 phone top up therefore I can use and abuse her.

“We have to think about early intervention, once a child goes through the level of abuse that we are talking about their lives are destroyed irrevocably.

“The model will be different in Middlesbrough from the one in Durham and the abusers will come from all different backgrounds. Sexual violence is not about race or religion, it’s about power and exploiting vulnerability.”

During the open question and answer session involving the 200-strong audience at Teesside University, one woman stood up to reveal that she had been sexually exploited.

“I was sexually abused by my stepfather when I was seven, I was raped at 28 and sexually assaulted at 41, but I am a survivor,” said the woman who pressed charges against her last attacker who was convicted.

“Everything that everybody has said is spot on. We need to challenge and we need to change male perceptions and female perceptions, not just shut the door and ignore it. We have to come together as a community because if we do not nothing will change.”