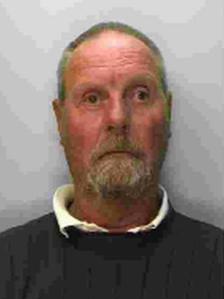 THE mother of a teenage boy who was groomed and sexually assaulted by a known paedophile while they fished on Worthing Pier has spoken of her son’s “anger” at what happened.

Reginald Collins, 62, of Freehold Street, Shoreham, was jailed on Monday for four years.

The mother, who we are not naming to protect her son’s identity, said: “I think it is a good result and I am glad the justice system has taken it seriously.

“But I bet you he is getting more support in prison than the support that is available to my son. It has affected him big time.

“I think he needs help for the anger that it has caused, but that help is very hard to get.

“They gave me a rape card to ring but that is not what we need. He just needs to talk about his emotions and the anger that this has made him feel. It is a trust thing and he bottled it up for so long. He did not know what to do about it. He was embarrassed that it happened to him.”

She was concerned about a change in her son’s behaviour in May and then found text messages on his phone from ‘Reg’.

Her son told police how Collins had touched him inappropriately at the pier. Police arrested Collins, who had been on licence for other child sex offences until August 2013. He pleaded guilty to one count of sexual assault and one count of grooming.

Targeted Sentencing Collins at Chichester Crown Court on Monday, Judge Christopher Parker QC said he had “deliberately targeted” the teenager and “used his interest in fishing to gain his attention and, to some extent, his trust”.

He said Collins would serve two-thirds of his 48-month jail term, followed by ten years on licence.

The victim’s mother said she hoped his sentencing would show other victims it was worth “finding the strength to report” sexual offences. But she said her son was now reluctant to fish on the pier, previously something he loved to do. She also called for complete CCTV coverage of the pier.

Rachel Lane, representing Collins, said her client was “ashamed of his behaviour and very sorry indeed for it”
by Rachel Millard